We need to make a deliberate decision to store BIM information in open, free formats – not lock it away in corporate vaults

The government’s objectives for level 2 BIM on all contracts by 2016 is a great target – but how will we ensure the information flowing from these projects remains as accessible and re-usable as the authors of the 1192 suite intended? With the release of the first draft of the PAS1192:3, which concerns the operating phase of a project, this has never been more relevant.

Throughout this year I have seen several presentations by larger contractors demonstrating new information systems designed for managing the BIM and beyond into facilities management. To some extent these large construction and facilities management companies can’t be blamed for creating these new vaults to lock away publicly procured information. The information must be stored somewhere after all, and as such it could reasonably be argued that such systems are what the market requires.

Does the client own the model if it is locked in a proprietary vault? Quite simply the answer is no

The problem is that without leadership from the government departments who’s assets these are the result will not be data stored in an open format, it will disappear and with it the potential for services as yet unthought of that could perhaps improve efficiency, reduce waste or aid monitoring. One of the foundations of the BIM Taskgroup’s work that Paul Morrell put in black and white terms was that ‘The client owns the model’ – but do they, if it is locked in a proprietary vault? Quite simply the answer is no.

The consequences remind me of a observation my late father made about his experience as a district counsellor. He expressed some sympathy for the opposition, explaining that civil servants had a tendency to ignore or de-prioritise requests from the party who were not in power, and that this deficit of access made sound policy making much more difficult and in turn easier for the party in power to rubbish proposed policy ideas.

If publicly procured information is stored in open, documented, free formats such as IFC2x3 then the scope for new innovative services, ideas to make public buildings better, is also open. If the same information is stored in multiple proprietary corporate vaults this opportunity ceases to exist. Inevitably the reason that people will argue this is unnecessary is because they can’t imagine what one might do with the data, but that is exactly my point, someone out there will be imagining just what would be possible if the whole of a government estate could be interrogated and analysed. The analogies with data mining, the internet of things, big data and beyond which trip off the tongue so easily in slick BIM presentations should be evidence enough that we’ve not worked out everything we can do with building data yet.

There are obvious exceptions, such as secure facilities, but these must remain the exceptions rather than the inevitable cover all that will give the new equivalent to the various attempts at vendor lock in from BIM software platforms. Commercial confidentiality can’t be justified in a process conceived with open data in mind, where to get through the first gateway in PAS1192 sharing information is a requirement. I wonder how long will it be before I have to make my first freedom of information request for public building data?

First published on 29 November 2013 on Building.co.uk 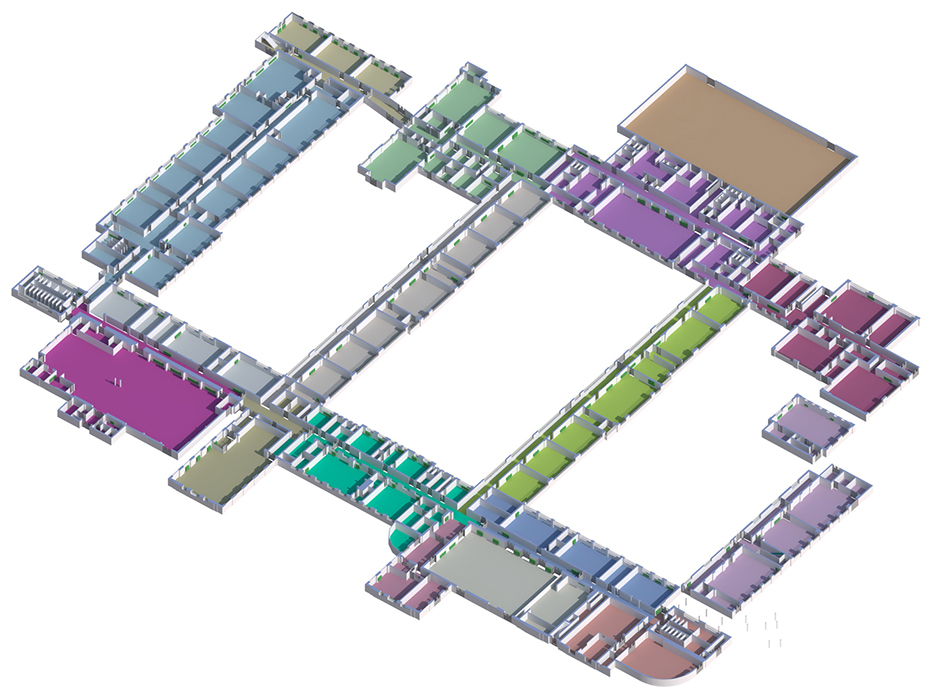 Adding performance data to existing models will save money in the long run, but will clients see the benefits?

As BIM penetrates the way we work on new buildings, teams are starting to become familiar with the process of making information models. As an activity it has many similarities with the way buildings were, and still are, designed when information was distributed across drawings, schedules and specifications instead of in an integrated model from which these views can be extracted.

Fundamentally the process of laying out the spatial brief, and then assessing the performance requirements of walls, floors, doors and other elements and then specifying them still underlies the modelling and data entry and follows the same sequence.

However new buildings account for only a fraction of the building stock, and existing buildings which require existing BIMs are a very different proposition. Everyone in our industry has seen the compelling images of pointcloud surveys that can now make such great records of condition, and these surveys provide the basis for producing geometric models of buildings, at least any bit that you can get sight of with a laser scanner. The accurate geometric information, the ability to refer back to the pointcloud for more detail later, the reduced need for site visits and the completeness of information captured makes the value of this type of survey unquestionable, but the functionality of the model produced is limited.

New buildings account for only a fraction of the building stock, and existing buildings which require existing BIMs are a very different proposition

The problem is that scanners don’t record the performance, specification and lifecycle and other properties of the walls, windows, doors and other systems in the building and it is this information that could make an existing model much more strategically useful in decision making associated with programme and cost.

We have recently produced two large existing school models. As part of the capture we really wanted to get information into the model beyond the geometry and so we scoured the webshare of captured data for fire signage on doors, escape signs, even looking for seals on doors to indicate that they might have some fire or acoustic performance. Of course these can only be offered up as useful observations when collected in this way with a disclaimer that they are what we had been able to see, and as such need to be checked.

So what next? For example, can we agree the performance of existing elements before the designer or constructor starts work? The value of collecting this data and adding it to the federated existing building model is unquestionable. Yet is the cost unpalatable? Adding performance data to existing models is another example of that recurring theme in BIM – spend up front and save tenfold later. Our initial experience with large clients suggest that more forward looking contractors do, and will take the benefits, but will clients and their agents see it that way? History and the lowest cost culture of the UK construction industry suggests perhaps not, but maybe the reduction in risk and the opportunity to re-use existing elements will be a clear enough win.

To my mind this is a perfect example of a strategy that would contribute to the BIM taskgroup’s stated objective to reduce waste in construction by 40%.

First published on 17 October 2013 on Building.co.uk

A small practice like mine has a limited amount of time and resource for development and innovation, and these can quickly get soaked up when getting access to work requires entry through bespoke qualification processes that often appear to differ only arbitrarily from each other.

When I read the current draft of (technical standards) PAS1192 and its associated documents, I was excited. This suite sets out the requirements to qualify for entry into a project seeking to achieve level 2 BIM. For the first time since our practice had begun to use BIM processes and software we would be judged against others on the basis of our real ability to deliver.

The main body of the PAS which will soon become a British standard, and its associated documents from the CIC and CPIC, outline a clear process from briefing, through assessment of ability to deliver, pre-contract and post-contract execution planning and deliverables.

Yet my growing experience is that this clear usable process, which has been developed with a large stakeholder input from all sectors of our industry, is being at best misunderstood and at worst ignored. This isn’t just personal experience, I’ve heard numerous anecdotes that make it clear that clients and their agents are learning the language of the PAS but are ignorant or incapable of implementing the process. ‘The EIR, oh it was a blank page…’, a response from a medium sized architect that I’d been asked to consult for, gives a feel of the problem. For without the foundations of the PAS process, the project falls back to the ubiquitous, ‘Will be delivered in BIM’ which means nothing.

The effect of this is twofold. Firstly it is damaging to parties that have invested in BIM and secondly it creates a barrier to success on projects that implement BIM, because teams are appointed that can’t deliver and means of communication and deliverables are undefined. This leads to disillusionment over the value of the process by the client, when the reverse should be true.

First published on 10 September 2013 on Building.co.uk